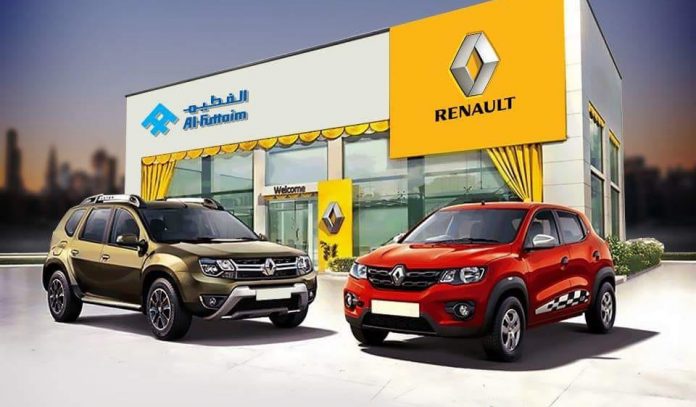 Ministry of Industries and Production (MoI&P) has awarded Greenfield investment status to Al-Futtaim to assemble Renault cars in Pakistan under automotive development policy 2016-21. Al-Futtaim Group is a joint venture with French car maker, Renault to run business in Pakistan.

Greenfield investment is defined as the installation of new and independent automotive assembly and manufacturing facilities by an investor for the production of vehicles of a make not already being assembled/manufactured in Pakistan.

Following the decision of Economic’s Coordination Committee’s of March 18, 2016, on Automotive Development Policy 2016-21, the government has given “Category A Greenfield Investment Status” to Al-Futtaim Automotive Limited for assembly and manufacturing of vehicles. In this regard, an agreement was also signed between the firm and the principal i.e Renault as per the following conditions:

• Al-Futtaim Automotive will strictly follow the conditions mentioned in the Notifications No. 2(9)/2013-LED-II, 2ndJune, 2016

• The company would enter into the agreement with the Ministry of Industries and Production to ensure compliance with the conditions of the ADP 2016-21, SRO 656(1)/2006.

• EDB will issue the certificates only after confirming the assembly facilities established by the company are adequate to produce quality vehicles.

As per sources company is willing to localize while maintains European standards from start of production and that is a unique factor when compared to other new entrants under new auto policy 2016-21, while Al-Futtaim hired very extensive background, local and international experience professional staff.

French carmaker Renault will start vehicle production in Pakistan in 2020 with the partnership with the Al-Futtaim Group of UAE. For setting up an automobile assembly plant, the company has acquired 56 acres of land in the Faisalabad Industrial Estate Development and Management Company (FIEDMC). The plant will have installed capacity of 50,000 vehicles per year and initially, the company may roll out five vehicle variants.

In November 2017, Renault and Al-Futtaim officially declared that they have signed definitive agreements for the exclusive assembly and distribution of Renault branded vehicles in Pakistan.

The French automaker was earlier in talks with Ghandhara Nissan Company but the deal couldn’t shape up. Later in December 2017, Al-Futtaim indicated to begin construction of their assembly plant in Karachi in 2018, while intended to sell their assembled models starting from 2019.

The company has reportedly inked a direct investment agreement worth $300 million to construct an automobile manufacturing plant in M3 Industrial Area Faisalabad, instead of Karachi. According to sources, company did not purchase land at discounted price as media keep reporting that “ Government of Punjab is offered cheaper land to French automaker to establish its plant in the province.”

Dewan Motors to Focus on Quality and Launch Multiple SUVs in...

THE HONDA E PROTOTYPE IS HERE TO STEAL EUROPEAN HEARTS