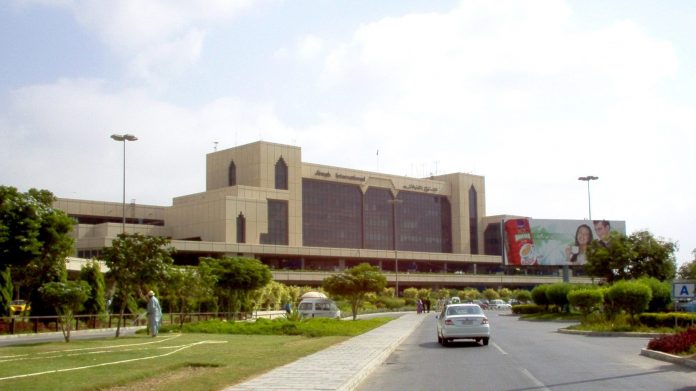 International airports are one of the busiest places in any country with a continuous influx of passengers. The transportation used by passengers arriving and leaving the airport has the highest carbon footprint.

Across the world, almost all international airports have public transport with options of buses and metros. However, in Pakistan, there is a lack of a proper public transport channel in the whole country.

Over the years, the cab services had a monopoly over passenger transport but with the introduction of services like Airlift busses; Uber and Careem passengers have other options available to them. However, if you have to call uber and careem services they have to dupe as your relative as these service cars are not allowed in the Civil Aviation Authority (CAA) Jurisdiction.

In Karachi airport, the passengers mostly have the option of private cars, cab services, and the recently launched airlift bus service. Multiple bus routes are available that passes through the main Shahra-e-Faisal road, almost from all the length & breadth of the Karachi City. The link/access road of Jinnah Terminal Karachi connects the main Shara-e-Faisal to the airport. However, if you want to travel by public busses it would test your patience in every way. The broken mini busses are filled to the brim with passengers, have frequent stops and might require you to change buses.

In Islamabad, after the development of the new airport, bus service had been planned under the directions of Islamabad Transport Authority (ITA) which to date remain incomplete. The construction of “Rawalpindi Peshawar Road interchange to New Islamabad Airport Metro Bus Service” started back in 2018 under the instructions of the PML-N government but recently has been facing a lot of delays. It seems as if the elected government is least interested in proceeding the project forward.

With another outcry, from the citizens to have a public transport facility to the Islamabad airport, the District Regional Transport Authority (DRTA) invited private transport companies to ply for buses on the Islamabad airport route. Four companies submitted their papers on 25th July 2019 to ply buses to facilitate the citizen. However, all applications were rejected by DTRA because they failed to meet the Standard Operating Procedures (SOPs).

The local management promised to provide 66 air-conditioned buses but a year has passed and the situation persists of no facility. In April 2019, a private country agreed to ply 66 buses to the Islamabad airport on different routes. However, due to a disagreement on fare rates the plans came to a halt. Also, the Civil Aviation Authority (CAA) was hesitant to provide parking for the buses.

At Lahore airport, you will find options of cabs and metros, however, if one can exit the arrival bay parking one may find airlift buses that offer economical rates for travelling around Lahore. The absence of a public transport facility remains consistent.

A stable public transport in every city of the country is essential to save both the infrastructure and the environment. As Pakistan is moving to establish itself as a tourist country, then one essential thing should be to have an adequate mode of public transport to and from the airport.

NEW AUTO POLICY 2016-21 COULD NOT BRING ANY CHANGE IN AUTOMOBILE...