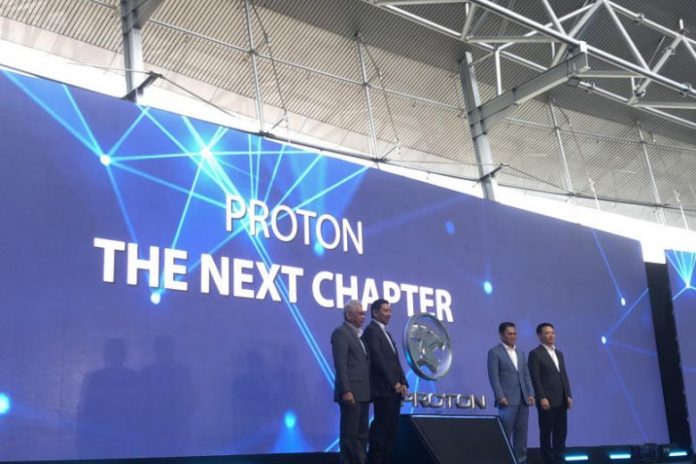 Malaysia’s once struggling national carmaker Proton is bouncing back, surpassing expectations by registering double-digit growth and nabbing second spot in auto sales in the country this year.

At a new logo unveiling event on Tuesday (Sept 24), Proton executives marketed the brand as “global” and said it planned to be one of the top three carmakers in South-east Asia by 2027.

But Syed Faisal Albar, Proton’s chairman, was coy with the details.

“We are studying the market carefully,” he said without referring to any specific country.

He added: “Our strategy moving into overseas market has to be meaningful for us. It’s not about selling but about creating presence and garnering market share in that market.”

Proton is currently available in several countries such as Pakistan and Brunei with over a thousand units sold abroad last year. At its peak, the car maker was selling over 20,000 units abroad but this fell to only 248 units in 2017.

Proton drafted a 10-year plan after Chinese auto giant Zhejiang Geely Holding Group bought a stake in it in 2017. Mr Li said the company’s plan to raise sales to 400,000 units by 2027 remained “on track” after it recorded 36 per cent growth this year in a tough market where overall automotive sales had declined by 5%.

Proton’s fortunes have turned since Geely took the 49.9 per cent stake in the company. Proton has sold over 52,000 vehicles between January and July this year, a sharp improvement on the 72,000 units sold for the whole of 2016. The uptick has given Proton an estimated 15 per cent market share in Malaysia for 2019.

Much of that has been attributed to the X70 model, a rebadged sports utility vehicle of the Geely Boyue. In the first three months of this year, the X70 accounted for about half of Proton’s monthly sales before slipping to one-fifth of total sales in June.

Company executives are now striving to overcome the negative perception about Proton vehicles by improving manufacturing quality, and management believes the move is showing results.

“Quality was one of the main issues,” said Mr Faisal. “We did a quality audit on Proton cars in July 2017, the quality level was six times worse than it is now. That is an achievement.”

Perodua, another local car manufacturer, has remained as Malaysia’s top selling car maker with over 141,000 units sold between January and July 2019. Honda is in third place with over 51,000 units sold, and Toyota in fourth with more than 27,000 sold.