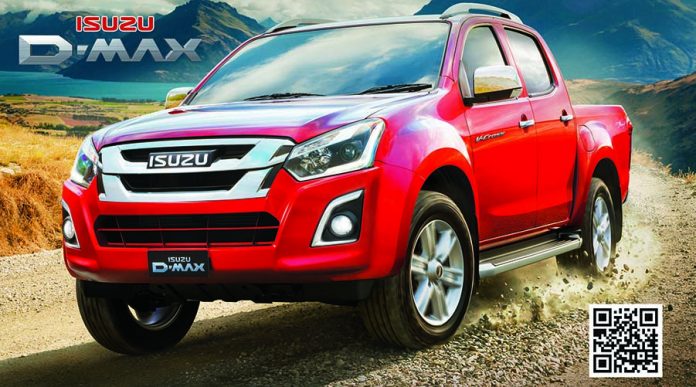 ISUZU D-Max is The Latest Entry

Isuzu D-Max is currently sold in more than 120 countries around the world and now Pakistan will be added as new market for Isuzu pickup trucks business. The roots ofISUZU go back to 1916 in Japan. That is when Tokyo Ishikawajima Shipbuilding and Engineering Co., Ltd. and Tokyo Gas and Electric Industrial Co. initiated plans for automobile production. Three years later in 1919, Japan’s first truck was built. That was the beginning of a series of industry firsts that continues today.

Ghandhara Industries Limited is started in 1963. In a real sense the year of beginning of this history is 1953, when General Motors Overseas Distribution Corporation of USA established an automobile plant in Karachi. The plant was built upon an area of 18 acres in S.I.T.E. Karachi. General Motors has a plan to supply vehicles to whole of south east asia from Pakistan. As this was the first automobile company being established in Pakistan,at that time auto vendor industry did not exist, therefore in addition to two assembly lines they also set up a machine shop, Press / Punching shop, Shearing machines, carpentry shop, vulcanizing plant, battery testing facilities andchrome plating shops.

General Motors had a Vauxhall plant in UK from where CKD kits of Bedford Trucks were imported into Pakistan. Later in the year 1963 Perhaps, General Motors Pakistan feels that Pakistan market is too small for this automobile Giant of the world and they decided to sell this plant to Lt. General (R) Habibullah Khan Kattak in 1953,who renamed it as Ghandhara Industries Limited. GIL is a public limited company quoted on the Stock Exchange and registered under the Companies Act 1913.

The new management under the chairmanship of Lt General (R) Habibullah Khattak Continued assembling and marketing Bedford trucks and buses in Pakistan.Vauxhall, Holden and Chevrolet cars were also locally assembled and introduced in Pakistani market. Many engineering goods in addition to automobiles were produced in this plant. In the end of 60’s Ghandhara Industries were progressing in a very high pace. The group established another plant for engine assembly and manufacturing namely Ghandhara Diesel Limited.

As there was little competition Bedford trucks and buses sold like hot cakes. General Habibullah purchased one plot at Haroonabad, SITE for expansion of production Facilities and a portion of Bandukwala building on I.I. Chundrigar road for commercial use. Both these properties proved very useful in later years.Ghanadhara Industries was one of the few industries where workers were highly paid. Bedford truck achieved about 70 % Deletion. Since this was the first automobile company in Pakistan and virtually became an institution for the automobile professionals.It was used to be called mother of automotive industry in Pakistan.The engineers and professionals to establish other automobile companies of Pakistan such as Hino, Master, Afzal Motors, Sindh Engineering, Pak Suzuki Motors were from Ghandhara Industries.

Unfortunately Ghandhara Industries and Ghandhara Diesel Limited were nationalized in the year 1972 and renamed as National Motors Limited and Bela Engineers Limited respectively.

NML also included Isuzu Truck FTR 12 K and MT 112 in its production line in early Eighties. However the market for Bedford trucks was shrinking and Isuzu sales also did not pick up. The revenue did not support the income and NML started bleeding from the year 1987-88 onwards.

In 1991 Vauxhall UK plant was closed so the supply of Bedford Truck CKD kits was discontinued. NML was now left with Isuzu franchise only. However NML entered into an agreement with Karachi Road Transport in 1991 for the supply 100 buses they also made another service agreement with KTC, to maintain their fleet of buses and ensure them that all buses would remain on the road all the time. At last with the government policy of Denationalization NML was sold to Bibojee group of Companies of General Habib Ullah Khan Kattak (the original owners) in 1992.

National Motors Limited after privatization was again renamed Ghandara Industries Limited. The new management under the chairmanship of General (R) Habibullah Khattak immediately set three goals to make this venture, viable
1.To pay off loans of the banks
2.To reduce losses (Accumulated losses at that time were to the tune of Rs. 296 million.
3.To add new models of Isuzu and assembly of Nissan car in GIL

Loans of the banks were paid within three to four years by selling the Banduwala building which was purchased by the then GIL Management in early 6osas mentioned earlier.Light commercial vehicles, ISUZU Brand NPR trucks and NPR buses were added initially in 1993-94.

The planned assembly of Nissan car was however shifted to Ghandara Nissan, another company of Bibojee group of companies. Ltd. General (R) Habibullah Khattak passed away in 1994 and his son Mr. Ahmed Kuli Khan Khattak took over as new Chief Executive of GIL.

The new management made strenuous efforts to bring back the glory of it’s hey days of 1963-71. More new models of ISUZU such as FVR was introduced in early 90s. Soon Isuzu model FVZ was also introduced in Pakistani market. ISUZU D-Max Pickup is the latest family member of Ghandhara Industries Limited.